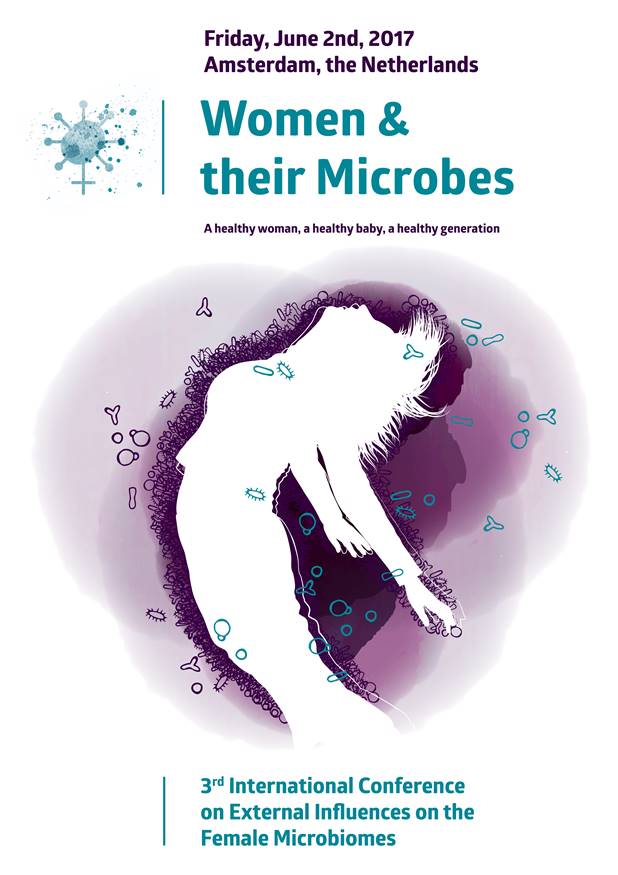 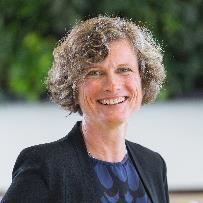 Prof. Dr. Egija Zaura | Oral microbial community at health contains hundreds of microbial species, including bacteria, Archaea, viruses, protozoa and fungi. Compared to other niches in the human body, the oral microbiome, once established, remains remarkably stable. It withstands daily perturbations such as mechanical removal by toothbrushing, exposure to antimicrobial substances in oral care products and food, temperature and oxygen gradients, immune response of the host etc. Even antibiotics have been shown to have little impact on salivary microbial composition, while the microbiome of the gut at the same time experienced major ecological shifts. In this presentation, the oral microbiome will be addressed from the female perspective: Is there a ‘female oral microbiome’? If so, what makes it female-specific? How do hormonal changes, e.g. due to pregnancy, affect the oral microbiome? Does the oral microbiome influence pregnancy and its outcomes? 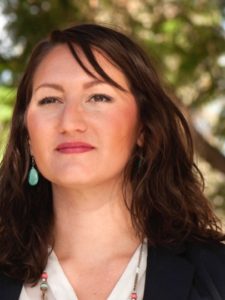 Dr. Laura Weyrich | The skin harbors billions of microorganisms, and these diverse communities of bacteria, fungi, and viruses play critical roles in health and disease, including atopic dermatitis, psoriasis, acne vulgaris, and chronic wounds. Early studies of the human skin microbiota identified key differences between males and females, although the mechanisms behind these differences remain largely unknown. These differences included an increase in diversity and unique compositions of female skin microbiota compared to males. Physiologically, women and men’s skin differ in many ways, including hair growth, hormone metabolism, sebum production, surface pH, and fat accumulation; these differences may underlie unique traits of the female microbiota. However, exposure to one’s environment, the use of cosmetics, initial colonization, Western lifestyles, and hygiene may also play key roles in the development of skin disease, especially in women. Today, several new approaches to treating skin diseases have targeted the improvement of these symbiotic microorganisms on the skin. Further investigation into the mechanisms that drive gender based differences will be critical in improving and developing novel skin disease treatments and prevention measures in both sexes.

The role that skin care products, including make up, moisturizers, and fragrences, play in altering the female skin microbiome will need to be investigated in the future to develop female specific or appropriate disease treatments.

The breast microbiome, role in breastfeeding success and women’s health

Dr. Leonides Fernández | The breast microbiome is unique because it is only present during a very specific and relatively brief period of women’s life. In spite of this fact, it plays an important role in the mother-infant pair. Specifically, it makes a key contribution to the colonization of the infant gastrointestinal tract, having relevant consequences for the whole life of the individual. Precisely, this is one of the benefits associated with breastfeeding, the natural and most recommended way of infant nutrition. The microbial community associated to the mammary gland is complex and display inter-individual variability, although it is mostly dominated by staphylococci, streptococci and corynebacteria. The equilibrium of breast microbiome may change in response to diverse factors, such as antibiotherapy, leading to a predominance of mastitis-causing organisms. Mastitis has direct relevance for public health as this condition represents the main medical cause of premature weaning. Available evidences indicate that specific probiotics and/or bacteriocins are an interesting option to both prevent and treat lactational mastitis. 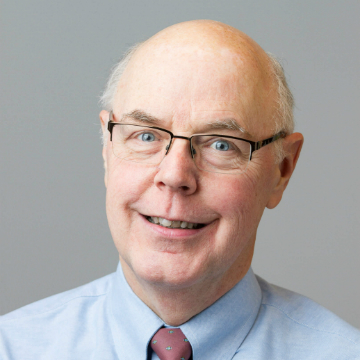 The microbiome-estrogen axis in female health

Prof. Dr. James Goedert | There is mounting evidence that the gut microbiota exerts substantial effects on host metabolism and immunity, thereby mediating estrogen levels, obesity and other classical risk factors for osteoporosis and for endometrial and breast cancers in postmenopausal women. This presentation will review in vivo synthesis and metabolism of estrogens; systemic levels of estrone, estradiol, and their major metabolites in men and postmenopausal women; enterohepatic circulation of estrogens and other bile salts; basic metrics of the microbiota [taxonomy, alpha diversity and composition (beta diversity)] and associations of these with systemic estrogens and with breast density and breast cancer in postmenopausal women. In cancer-free postmenopausal women, high breast (mammographic) density was significantly associated with low body mass index (BMI) and low systemic estrogens, but not with fecal microbiota metrics. Compared to these women, matched women with newly diagnosed, untreated breast cancer had higher systemic estrogens, altered fecal microbiota composition, and low microbiota alpha diversity, independent of BMI. However, these studies were small and cross-sectional, and they have not been independently replicated. Very large prospective studies are needed to quantify absolute risk of postulated major events (e.g., cancer, osteoporosis, diabetes), from which risk-based strata could be defined for disease screening and intervention programs. Hypothetical risk stratification for postmenopausal breast cancer will be presented. 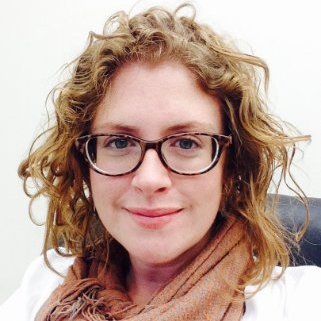 The roles of the vaginal microbiota in health and disease

Dr. Johanna Holm | The vaginal microbiota forms the first line of defense against sexually transmitted infections (STIs), including HIV. A population based survey of 400 women indicates that several kinds of vaginal microbial communities exist, each differing in bacterial composition and abundance. Further, in some women, the composition of these communities is dynamic, changing over short periods of time, while in others, it is highly stable. The impact of both composition and dynamics of the vaginal microbiota on protection from or susceptibility to diseases is still poorly understood. Intrinsic host factors (i.e. immunological responses and menses) and extrinsic stimuli (i.e. sexual intercourse, smoking, hygiene practices) contribute to variations in the vaginal microbiota, yet the mechanisms of these interactions are largely unknown. Improved understanding of the roles of the vaginal microbiome is achievable via application of a combination of modern genomic technologies, ecological principles, and in vitro modeling, and will likely lead to the identification of key microbial biomarkers which can be leveraged to develop targeted, personalized, and antibiotic-sparing therapies for the improvement of women’s reproductive health.

The male factor in women’s health

Prof. Dr. Reet Mändar | Microbiota exists in the male lower genital tract, mostly in the urethra and coronal sulcus while high inter-subject variability exists. Differences appear between sexually transmitted disease positive and negative men as well as circumcised and uncircumcised men. Prostatitis patients tend to have more abundant polymicrobial communities while lower levels of health-supporting lactobacilli in their semen than healthy men. Human semen has undoubtedly significant influence on the organism of the female counterpart. Interactions between male and female genital tract microbiota are highly likely, yet there are scarce studies on the couples’ genital tract microbiota. Adverse effect of male genital tract bacteria on in vitro fertilization and pregnancy outcome has been indicated. In addition, sexual intercourse with a male partner having leukocytospermia increases the oxidative stress level in the women’s organism that may interfere with fertilization. 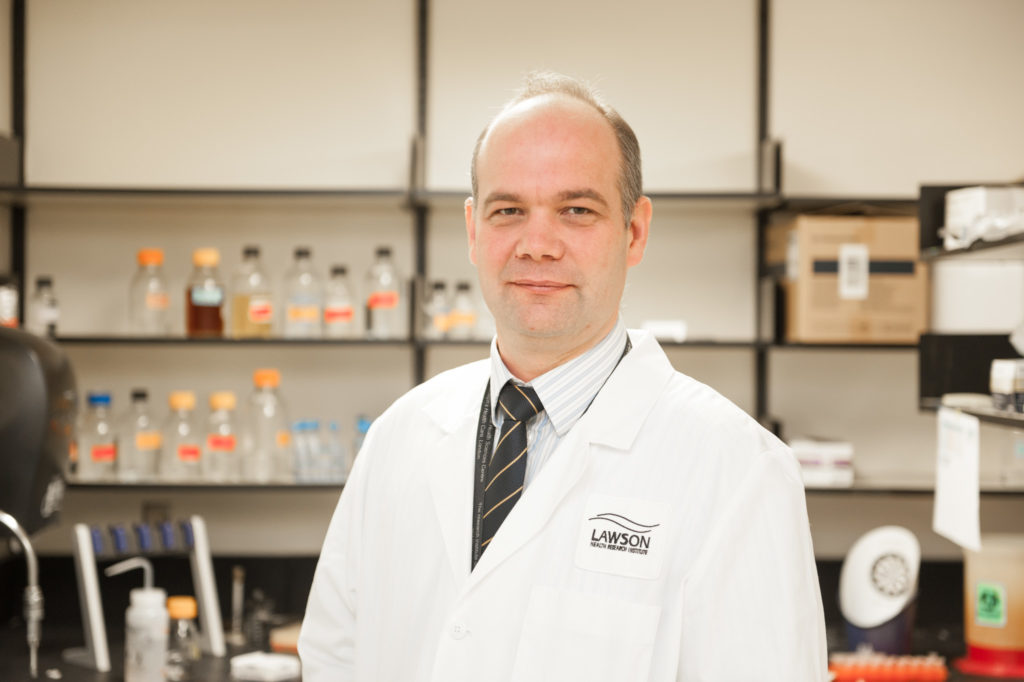 The role and restoration of the microbiome in urology

Prof. Dr. Jeremy Burton | The urinary tract has long been assumed sterile in healthy individuals, but with any exposed epithelial site, the microbiome has a role in maintaining urinary health. Studies of the urinary microbiota have identified differences between healthy populations and those with urologic diseases. In addition, microorganisms at sites distal to the kidney, bladder and urethra, such as in the gut, are likely to have a profound effect on urologic health, because of their metabolic output and other contributions. Connections between the gut microbiota and renal stone formation have already been discovered, but also with bladder cancer. New insights into the urinary and intestinal microbiomes of people with urological conditions might provide an opportunity to predict the risk of developing certain diseases and could enable the development of innovative microbiome-based therapeutic strategies.